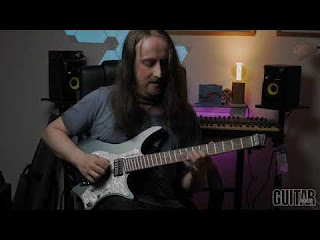 Lark Lane is a fusion masterclass, with wide intervallic licks and vocal legato runs - and, as you’d expect from a player who was taught by Tom Quayle and praised by Guthrie Govan, the execution is to die for.