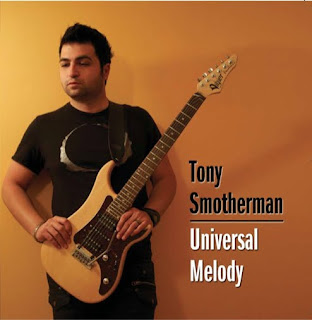 Tony Smotherman's New Album "Universal Melody" picks up where his previous solo efforts left off. "Universal Melody" is a Hard Rock Album that explores many genres in Tony's vast musical tastes . From Prog Rock to Celtic, from Blues to Funk and Indian Classical Music to Bach inspired Neoclassicisms . "Universal Melody" weaves in and out of music from all over the world with Tony's unmistakable fingerprint on the instrument. Special Guests Derek Sherinian (Ex-Dream Theater, Black Country Communion) and Vitalij Kuprij( Ex-Ring of Fire,Trans-Siberian Orchestra) lay down insane keyboard solos throughout the songs. Mixed and Mastered by Ron "Bumblefoot" Thal (Guns N' Roses)