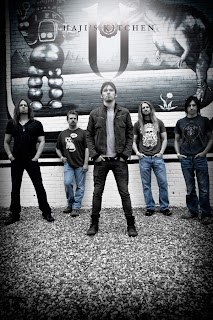 Haji's Kitchen released their first new material in nearly a decade on October 9th 2011. The single "Define the Lie" was released to major music distributors such as Itunes and Amazon. They released the music video on November 12th 2011. They plan to release their new album, titled Twenty Twelve, "asap" according to their Facebook page. The album is reported to have 14 tracks. 5 brand new tracks (2 of which are instrumentals), 3 tracks re-recorded with their new vocalist and instrumental versions of all the tracks on the album.