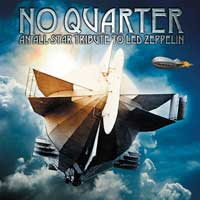 No Quarter: An All-Star Tribute to Led Zeppelin