Truth In Shredding would like to pass on my hearty congratulations to Adam Nolly Getgood who takes up the bass role in Periphery. It's not clear what happens to Red Sea Fires or Adam Nolly Getgood will get into some Animals as Leaders style 8 string guitar as well.

"We're incredibly excited to announce that our longtime friend and contributor Adam 'Nolly' Getgood (RED SEAS FIRE) will be joining PERIPHERY as a full-time member. He will be taking care of bass duties live and in the studio, and additionally will be bringing his considerable guitar playing, production and songwriting abilities to the table.

"Nolly should already be known to many, having filled-in live on both bass and guitar several times over the years. He also played all of the bass on, and co-produced, our new album, 'Periphery II: This Time It's Personal'. He will be taking up his permanent spot in the live line-up as of this October's European tour with BETWEEN THE BURIED AND ME and THE SAFETY FIRE. Our excellent friend Jeff Holcomb will be filling in on bass for all live dates between now and October, including the imminent Summer Slaughter tour."

Commented PERIPHERY guitarist Misha Mansoor: "Nolly has been an honorary PERIPHERY member for the last few years. He filled in on bass for us on our first real tour (Thrash And Burn 2009) and since then has always been there for us and has helped us out immensely. Given that we love him dearly as a friend and found that we have excellent chemistry both on stage and in the studio, and he is a master of all of his instruments, hiring him as our full-time bassist was the logical solution. His irreplaceable ability and insight brought so much to the production and bass on 'Periphery II: This Time It's Personal' — we don't feel that anyone else would be able to take on the roles he has filled. He has already been writing with us for new material, and we are proud to have him on board!"

Added Nolly: "It's absolutely amazing to be joining my friends in PERIPHERY full-time! Having felt like part of the 'family' for quite some time, this feels like an incredibly natural step. I've had the pleasure of watching them grow to their current stage and can't wait to see where we can take the band together!"

"Periphery II: This Time It's Personal" can be streamed in its entirety in the YouTube clip below. Due in North America on July 3 via Sumerian Records and in Europe on July 16 through Century Media Records, the CD will feature guest appearances by John Petrucci (DREAM THEATER), Guthrie Govan (THE ARISTOCRATS) and Wes Hauch (THE FACELESS). 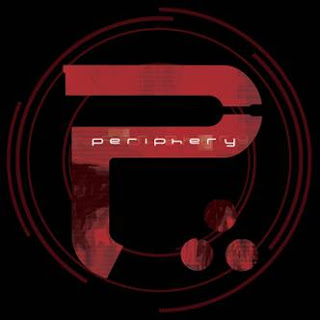