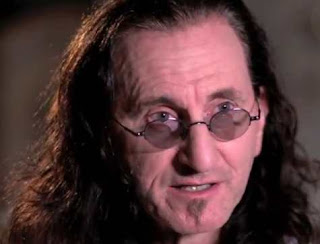 Geddy Lee of Canadian rock legends RUSH was one of more than 600 distinguished Ontario residents who were presented with Queen Elizabeth II Diamond Jubilee medals at a ceremony on June 18 at Roy Thomson Hall in Toronto, Ontario, Canada. The special medal was created to mark the 60th anniversary of the Queen's accession to the throne.

The commemorative medals are being presented to distinguished Ontario residents who have already been invested with the Order Of Canada and Order Of Ontario.