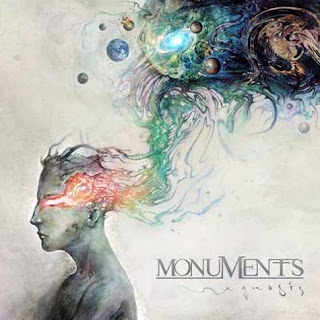 MONUMENTS will release its long-awaited debut album, "Gnosis", out August 27 in Europe, August 28 in North America and August 31 in Australia/New Zealand through Century Media Records.

"Gnosis" was originally supposed to be released last year via Basick Records. MONUMENTS has since split with the U.K.-based label, which issued the band's debut EP, "We Are The Foundation", in 2010.