Lord Tim, Mark Furtner: Lord - Because We Can - awesome video! 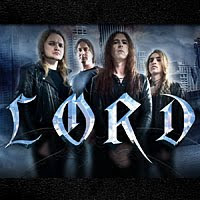 
Because We Can is the second song taken from LORD's new album "Digital Lies", filmed in September 2012.

Yes, we're aware this video is dumb and contains ridiculous amounts of arguably tasteless shredding. Why do it? .... guess. ;)

Thank you to Jess and Vanessa for letting us ruin your picnic. :)

LORD is one of Australia's highest profile heavy melodic bands, touring both nationally and internationally with artists such as Queensryche, Nightwish, Saxon, Nevermore, Gamma Ray, former Iron Maiden vocalist Paul Dianno and many more, as well as their own headlining tours and festival appearances.


LORD - Because We Can (OFFICIAL VIDEO)