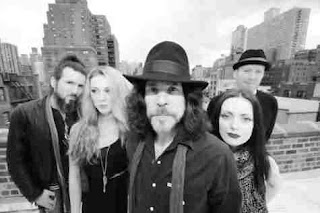 Acoustic/Electric EP http://www.pledgemusic.com/projects/tonyharnell
Pledge here to experience the making of my new EP! You'll be involved every step of the way & also help a charity:)

Welcome everyone! Thanks for joining me here on PledgeMusic. I’ve invited you here or you have happened upon this page as a friend, fan, and/or music lover, and are most likely aware of the current state of the music industry. As you may or may not know I’ve recorded recent projects with traditional record labels over the past several years and have not been happy with the results. I haven’t felt that my music has really reached you, my fans, in the the way I intended it to. It’s either been marketed to the wrong audience or not really marketed much at all. After working hard to always deliver you the best songs and productions possible, it’s frustrating to find that the music doesn’t reach you the way I’d like it to.

In the past few years, I have been performing a lot here in the New York City area with my various acoustic line ups starting in 2008 with some of my indie rock friends. That inspired the CD Tony Harnell & The Mercury Train which was released in 2010, a stripped down retrospective of my catalog. After that release, we performed several shows under that moniker and then I decided to strip it down even more and performed several shows with just my talented, eclectic guitarist Jason Hagen and my beautifully talented wife Amy. This was the line up for about a year until I met the amazing electric violinist and Greek goddess, Cassandra Sotos at the NAMM show in Jan 2012. This was now the line up that would perform the next few shows together until August of this year when my buddy Ron “Bumblefoot” Thal from Guns N’ Roses came down to watch our show and jump up for a song. After the show, I asked Ron if he’d be up for joining my little band and working on our new EP and to my amazement, he says yes, claiming it was the best acoustic show he’s ever seen! We’re super excited to have Ron come on board and look forward to creating this magical little slice of music for you and for which several incredible songs are already written! Also, we have a video production company (who made Muse’s “Uprising” video) slated to shoot a video for the first single from the EP.

PledgeMusic makes it possible for me to not only release my music directly to you, but also to involve you and engage you in the process of making my new EP. Your pledges will directly account for the manufacturing, promotion and pay for the musicians on this EP.

2) You provide your credit card/PayPal details (which are stored securely by PledgeMusic) on the next page, pick the appropriate place to ship to and hit the ‘pledge’ button

3) You’ll receive updates from us as we make the EP (such as videos, streams/downloads of new songs, pictures and more). You can share these on Facebook/Twitter to let your friends know what we’re up to

4) If we reach the target, you are charged for the amount pledged; if we don’t, you are not charged at all (please note: you can also pledge via Paypal and your pledge will be taken immediately and refunded if the 100% target is not reached)

5) The new EP is released and you receive your exclusives!
Myself, Ron and the gang will be posting video, mp3, photo, and blog updates that keep you up to snuff along the way. Action from the studio, clips from the rehearsals or gigs, songs in demo form, and of course my verbal rants of the day… you’ll see the life of Tony Harnell and company for the next several months until the completion of the EP!

In reward for your faith and kindness through your pledges, I will deliver the digital download of the EP to you BEFORE it is released. Of course, you’ll receive any physical items I might need to ship you, too…but the fun doesn’t stop there!

Beyond all of this goodness lies the greater good, as a portion of the proceeds raised will be donated to Metavivor-Metistatic Breast Cancer Research. I am all too familiar with the this disease having lost my dear mother to it in 2009 and being diagnosed myself with thyroid cancer in the same year. Some of you may have read the story about all this? Well, luckily for me I am a survivor and have beat it. With my new lease on life comes an obligation to do whatever I can to raise awareness and funding for the efforts to eradicate this horrific disease.

I look forward to sharing this new experience with you!

For more on Bumblefoot go to: www.bumblefoot.com
For more on Cassandra Sotos go to www.cassandrasotos.com