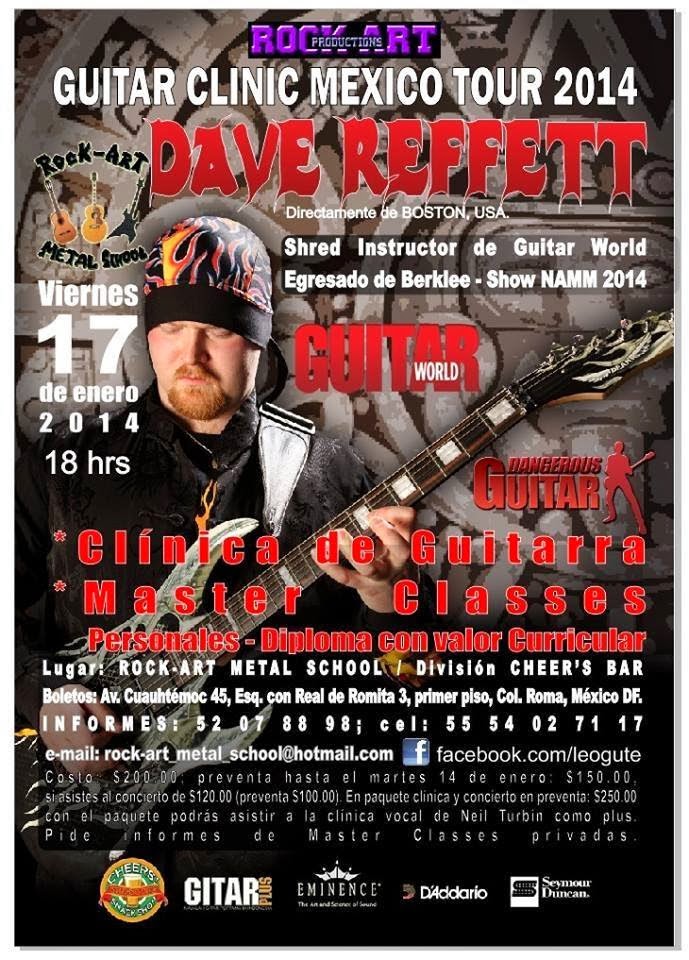 Original “Anthrax” vocalist Neil Turbin (who sang on the groups 1st album “Fistful Of Metal”) will be doing a "Vocal / Singing clinic masterclass" at the “Rock Art Metal School” on January 18th, 2014. Then Reffett & Turbin will be performing a concert that night on January 18th, 2014 at the “Comandancia Metal Club” in Mexico City.