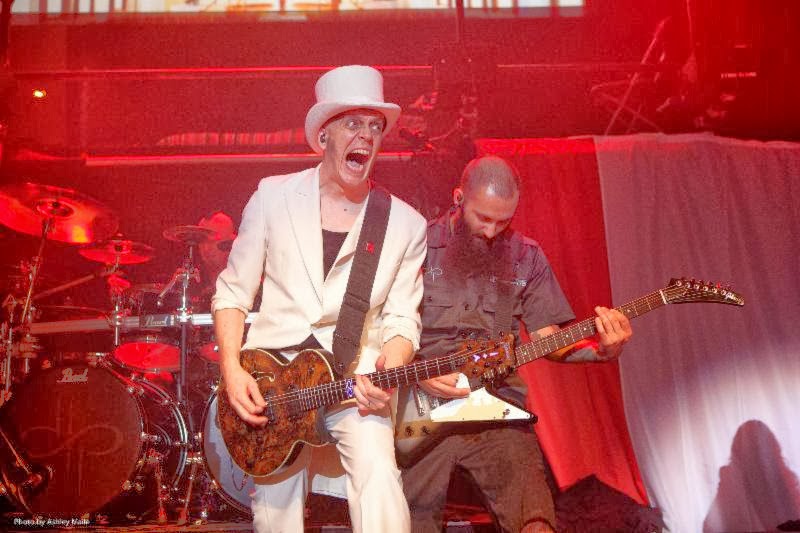 Guitar virtuoso and musical genius Devin Townsend will be appearing at the 2014 National Association of Music Merchants (NAMM) trade show in Anaheim, CA for signings at the following booths and times:

To attend the convention and the signings, you must have a badge (**NAMM is not open to the public**). For more information about NAMM and how to get entry into the trade show, please visit the event's official website: http://www.namm.org

The DEVIN TOWNSEND PROJECT released their latest CD/DVD set, The Retinal Circus, last year to critical acclaim. This epic recording of Hevy Devy's sold-out show at the Roundhouse in London includes a full choir and theatrical cast, visual and aural enhancements unlike any show Devin has done to date, several special guests, circus performances and more. For a preview of The Retinal Circus, fans can watch the previously released DVD clips for "Kingdom", "Grace", and "War". To purchase The Retinal Circus, please visit iTunes for a digital copy or CM Distro for a variety of physical formats.

Read on for a few reviews of The Retinal Circus:

"Anyone who is a fan of anything Devin Townsend should totally pick up 'Retinal Circus' in some form..." -- METAL INJECTION.net

"['The Retinal Circus'] showcases [Devin Townsend's] passions, his theatricality, and, yes, his insane genius while being entirely playful and charming." -- BLOODY DISGUSTING.com

"...I would certainly recommend that fans pick up this live album. If I could, I would have given 'The Retinal Circus' a 6/5..." -- NEW NOISE MAGAZINE.com

"'The Retinal Circus' is full of the energy and smart-ass antics Townsend has been giving to his live gigs since he began doing them again." -- HEAVY METAL.ABOUT.com