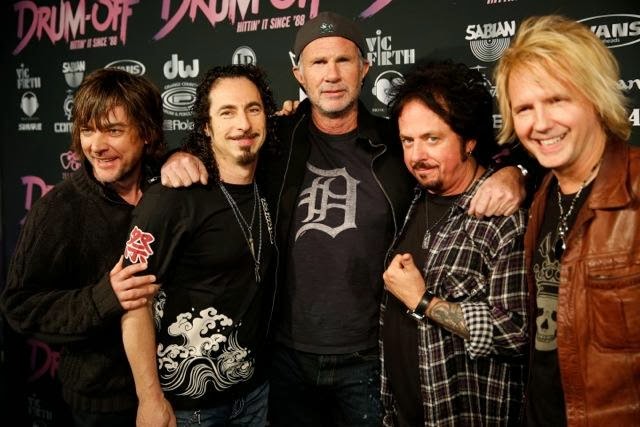 States Jeff: ""Eve of Reflection" was written and recorded on Christmas Eve. The song is more special to me than many I've written. It feels infinite. A friend said it was one of the few songs they could just keep playing on a repeat loop. 2013 was the first year without my brother. When the holidays come around, we associate it with family and past memories of our togetherness. I'm sure I was in a bit of a melancholy state reflecting on so much to be thankful for. It's always a challenge to emote without a vocal and a lyric, but if we harness that emotion and let it spill out onto the instrument then it can happen. And it did on this track. I used a new minor 9 open tuning on the acoustic guitar that I discovered while writing "Brother to Brother".


""Old Kentucky Thunder" was an improvisation on a repetitive bluesy sort of motif on an old 60's Gretch acoustic guitar. After I got done playing the take, I realized that there were glitches with the converters in Pro-Tools. I re-cut the song with more technique and somehow lost the feel completely. Songs can be quite vunerable that way depending on your mood and capturing THE MOMENT. I then went back and added the rain and thunder which inhanced the mood and covered up the digital blunders. Perfect. First take is always the best!"

In other news, footage of Kollman's Guitar Center Drum-Off appearance at L.A.'s Club Nokia on January 18 with drummer Ray Luzier (KORN), bassist Billy Sheehan (THE WINERY DOGS, MR. BIG), and DJ Sluggo has been posted at this location: https://www.youtube.com/watch?v=bBdz1KvkxT8 ; the guitarist also played a set with his all-star band, the BOMBASTIC MEATBATS, featuringChad Smith (RED HOT CHILI PEPPERS, CHICKENFOOT), Kevin Chown (TARJA, ARTENSION) and Ed Roth (MONTROSE, GLENN HUGHES), who were joined by special guest Steve Lukatherfor the occasion. The Meatbats will celebrate NAMM week with a gig at the Baked Potato in Studio City, CA this Thursday, January 23.

Kollman recently unveiled his second signature guitar pedal, The Bombastortion, developed in conjunction with noted tone guru Tim Jauernig, designer of the Gristle King and the Luxury Drive, among others. A demonstration video is posted on Kollman's YouTube channel at: https://www.youtube.com/watch?v=B48gdZfmHW0 ; the pedal can be ordered directly viahttp://www.jeffkollman.com/merch.htm .