Nita Strauss, Courtney Cox, Wanda Ortiz: what happens when you turn up two minutes late to an Iron Maidens show?

February 08, 2014
So you want to know what happens when you turn up two minutes late to an Iron Maidens show?  This was the NAMM presentation... I had to fight my way through to get close enough for this photo of Nita Strauss, Wanda Ortiz and Courtney Cox.

OK so you arrive two minutes too late... well just don't, arrive ten minutes early! Make sure someone has your space (Jack Lue did that part OK) If all else fails, switch to the 300 or 500 zoom and trust to luck. This was my 200. The place was crazy, crowd were loving it and the music was great. My hope is these
guys get to tour Europe as they are a show that you won't want to miss! I'll then apply for a photo pass!

Oh and one small surprise guest 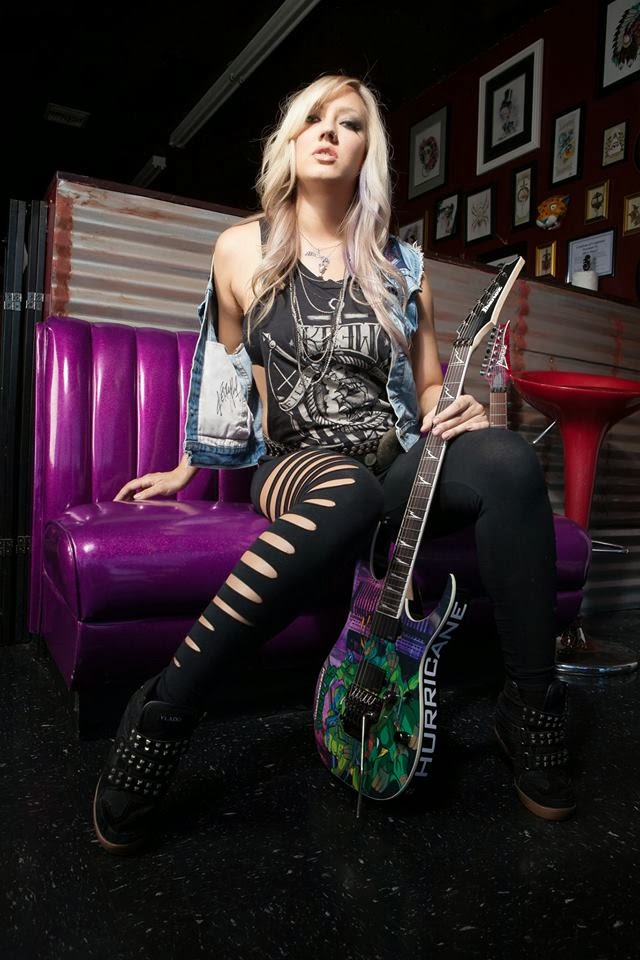 Nita Strauss
Announcement! Starting now I'm gonna be posting on the Nita Strauss fan page myself! Check it out if you haven't already, there are lots of pictures (including tons of old band photos) and videos up there that aren't on this page!