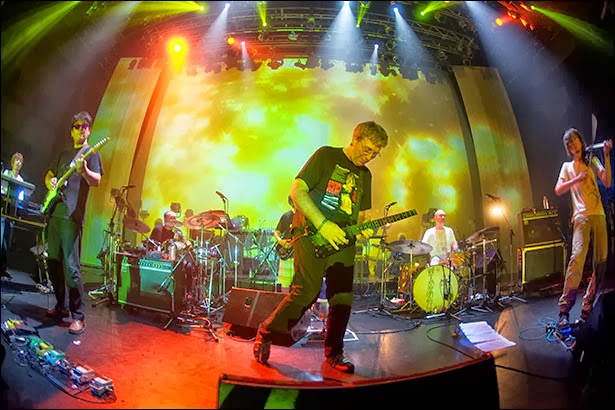 Iconic guitarist Steve Hillage and his band SYSTEM 7 will team-up with Japan’s leading progressive rock band ROVO next month for their first-ever concerts on UK soil.

With eight musicians on-stage, including two live drummers, the PHOENIX RISING concert will highlight a sophisticated blend of electronic beats and live instrumentation. Hillage fans can be assured that, in the format of PHOENIX RISING, his masterful electric guitar style will be fully unleashed, with extensive soloing and duets with the electric violin of Rovo's Yuji Katsui.