Lee Ritenour: has announced the stellar list of musicians assembled as judges for the 4th Bi-Annual Six String Theory Competition 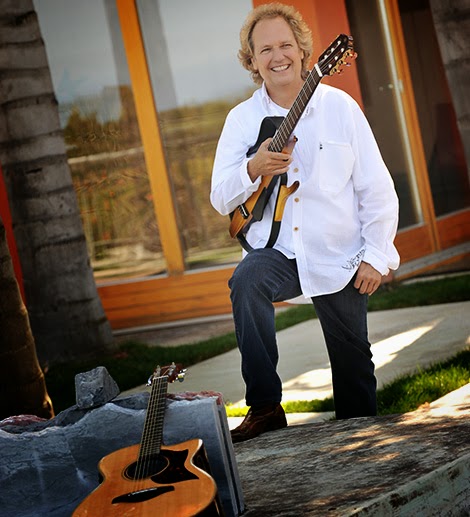 Legendary GRAMMY® winning guitarist/producer Lee Ritenour has announced the stellar list of musicians assembled as judges for the 4th Bi-Annual Six String Theory Competition.  The competition which debuted in 2010 with the release of Ritenour’s all-star guitar recording SIX STRING has become a highly anticipated staple for aspiring musicians of the guitar, bass drums and piano/keyboard, providing them with professional and recording opportunities, educational scholarships, mentoring and prizes.

The panel of judges are as follows:

Registration remains open through May 15, 2014. Applicants register by submitting two YouTube videos via the website, www.sixstringtheory.com.  For Guitar, applicants may register in the genres of rock, blues, jazz/fusion, acoustic, classical/flamenco and country.  For Rhythm Players, any contemporary music style will be accepted including jazz, fusion, R&B, rock, blues, etc.

In commenting Lee Ritenour stated:  “When I first started this competition it was my hope it would grow to become a valuable entity that would have the support of so many established musicians in mentoring aspiring ones.  In four short years we have reached incredible goals and I couldn’t be more thrilled and grateful to have so many artists be part of this extraordinary musical process and journey.”

Partnering with Yamaha, Berklee College of Music, Montreux Jazz Festival, Blue Note Tokyo, Crown of the Continents Guitar Workshop and Festival, Monster Products, Premier Guitar, Jazz Monthly, Music Connection, Concord Records and D’Addario, the Six String Theory competition continues to grow and for 2014 offers a total prize package value of over $600,000.  The four grand prize winners (one in each instrument) will get to perform multiple jam sessions at the 2014 Montreux Jazz Festival and the Six String Theory guitar grand prize winner will also perform with Ritenour during his concert at Montreux, to be filmed in HD. Additional prizes awarded include four Berklee College of Music scholarships, Guitar finalist to record on Ritenour’s forthcoming 2014 Concord album and a shot at a Concord Records deal, plus Yamaha instruments and endorsements, Crown of the Continent Guitar Workshop & Festival Scholarships and more.
www.sixstringtheory.com
Lee Ritenour