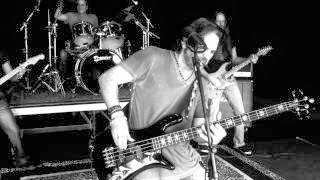 New album is sounding great, looking forward to the tour. 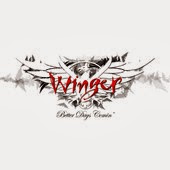 Tracklisting: Midnight Driver Of A Love Machine; Queen Babylon; Rat Race; Better Days Comin'; Tin Soldier; Ever Wonder; So Long China; Storm In Me; Be Who You Are, Now; Another Beautiful Day (*); Out Of This World.
(*) Bonus Track Available only on the Deluxe Edition

BETTER DAYS COMIN' is the highly anticipated new album from WINGER!
Brand new studio album from these classic hard rockers. Once again Winger offers an exciting mixture of the melodic and commercial approach of their first two albums with the more technical and almost progressive rock feel of such albums as "Pull" or "IV".

"Better Days Comin'" is a logical follow up to the critically acclaimed "Karma", which was hailed as one of the band's best releases ever. "Better Days Comin'" is an amazing new record where the four band members: Kip Winger (ex-Alice Cooper), Reb Beach (Whitesnake), Rod Morgenstein (Dixie Dregs, Steve Morse) and John Roth (Starship, Giant) shine with an intense display of incredible instrumental and vocal prowess. A fine set of hard rock songs with an uncanny sense of melody.

Deluxe edition includes one audio bonus track and a DVD including a documentary "Making of the album" and two videoclips.

Look out for WINGER tour dates in the spring and summer in support of the new album!