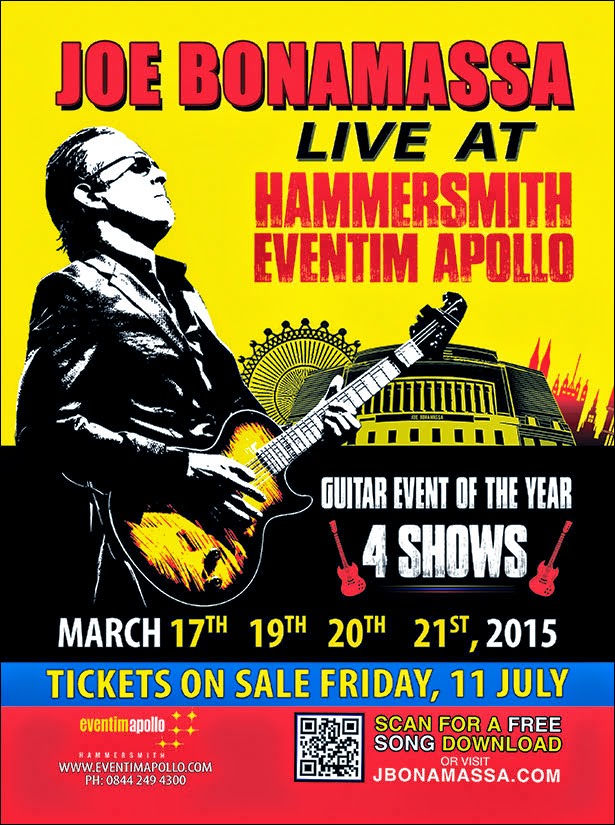 Planet Rock will run an exclusive 48-hour ticket pre-sale on Wednesday 9th July via www.planetrock.com. Tickets will then go on sale to the general public at 9am on Friday 11th July from the 24 hour box office: 0844 249 4300 and www.eventimapollo.com.

Currently his only confirmed UK concerts, the 2015 Eventim Apollo dates will see Joe perform an entirely new show. Featuring songs from new album “Different Shades Of Blue”, played live for the very first time in the UK, and a never-before-seen line-up of musicians, these shows are a guaranteed must-see for “Bona-holics” new and old, and guitar aficionados everywhere.

Joe and his band will also perform classics from his extensive back catalogue, including “Sloe Gin”, “Dust Bowl”, “The Ballad of John Henry”, and 2012’s critically acclaimed “Driving Towards The Daylight” (which reached #2 in the UK’s Official Album Chart).