Xander Demos: will open for Tony MacAlpine at Hard Rock Cafe in Pittsburgh 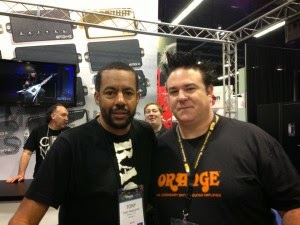 
July 21, 2014 - PITTSBURGH, PA – MTS Management Group is proud to announce Xander Demos Band will be opening for influential Guitar God, Tony MacAlpine. The concert will take place on October 13, 2014 at Hard Rock Cafe in Pittsburgh, PA. Doors open at 7:30pm, show starts at 8pm. Tickets for the 21+ over show are $20, and discounted tickets can be purchased in advance at http://www.xanderdemos.bigcartel.com. Also on the bill is Lo Nero.

“If you love guitar pyrotechnics and jaw-dropping fretwork, this is going to be your EVENT OF THE YEAR!” said Michael Stover of MTS Management Group, Xander’s manager. ”Xander has long considered Tony to be one of his greatest influences, and to have the opportunity to open for him, in Xander’s hometown, is quite an honor. We’re very grateful to Drusky Entertainment for giving Xander the slot. So, get your tickets today, before they sell out!”

The name Tony MacAlpine is synonymous with modern musical virtuosity. Whether performing as a solo artist, band member, session player, touring hired-gun, or as a producer, Tony MacAlpine continues to prove that he truly is one of rock’s most amazing and versatile musicians. He incorporates classical, jazz and fusion influences into the hard rock/metal genre on both guitar and keyboards. In his 25 year career he has produced, written and arranged eleven solo instrumental studio albums. Tony has also released four albums with his jazz-fusion band CAB, three albums with his progressive rock band Planet X, and a number of other band projects. In addition, MacAlpine has contributed both guitar and keyboards to a long list of records by other artists. www.tonymacalpine.com.