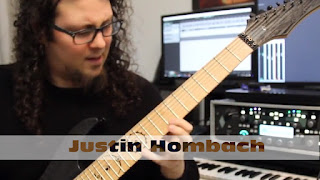 Here is a Playthrough I've made a few month ago.
The song is by my german prog. metal band "AeoS" and is called "Force of the emperor", from our debute album "Dead End Paradise" back in 2014.

AeoS - Force Of The Emperor Playthrough