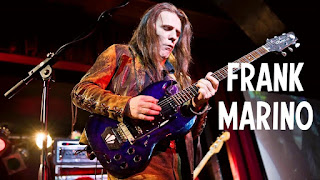 Frank Marino Interview: Frank’s early experimentation with LSD led him to picking up the guitar and becoming a guitar hero, but it wasn’t without a price. One of the most often overlooked guitar players out there, who’s anti-establishment mindset caused industry experts to turn, this was an amazing conversation where we discussed everything, including:

Why he walked away from $250,000 and his contract with Columbia Records... details of Frank’s LSD experimentation, and how guitar was the bridge from his post-LSD dream-like state into reality… God, faith, mercy… the upside and downside of signing with a record label early on in his career… how he developed his playing style, his SG and amp mods… patience, seeing good things in bad things, and more. 100% REAL: