Joel Hoekstra: Interview for The World of Metal Online Magazine 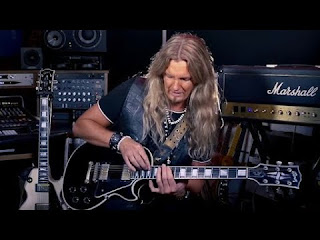 The outstanding Joel Hoekstra currently plays for Whitesnake and Trans Siberian Orchestra. Joel is also well-known for his work with: Cher, Night Ranger, the Broadway show Rock of Ages, his fill in work with Foreigner and his annual sets on the Monsters of Rock Cruise. He is also a frequent columnist for Guitar World Magazine. In 2015, Joel released the debut album from his side project Joel Hoekstra's 13 and a follow-up is in the works! He has also released 3 solo albums that YOU should own!
Here, you can watch this amazing interview for THE WORLD OF METAL!!

Joel Hoekstra - Interview for The World of Metal Online Magazine