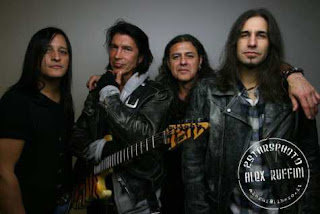 Legacy injects us with a supercharged dose of George’s signature style and proves, once again, why he’s one of the most respected guitar players of the last three decades! George is joined by Rev Jones on bass and Michael Frowen on drums for Legacy.

I had the chance to speak with one of my all time favorite guitarists, to find out about his new release, as well as follow-up on the status of his new band T &N with Ex-Dokken cohorts, Jeff Pilson and Mick Brown. On a side note, if you’re as big as fan of George as me, check out Rat Pak Records to see some special goodies they have for you when you purchase George’s new EP.