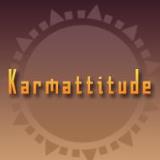 The band is actually working on a new album ! It will be a heavy groovy rock fusion instrumental music, with the goal to play it Live .. What is great with the trio format is that it will give each member the space to stretch out and express themselves musically,
Bio
William Kopecky : American bassist William Kopecky has over 30 CDs in his discography and has appeared on CD with luminaries such as Michael Angelo Batio, Rick Wakeman (Yes), and Jordan Rudess (Dream Theater). He has played over 500 concerts worldwide, and was featured in Bass Player magazine. He was also awarded Bassist of the Year on multiple occasions by the Wisconsin Area Music Industry. He currently lives in Marseille, France. www.williamkopecky.com