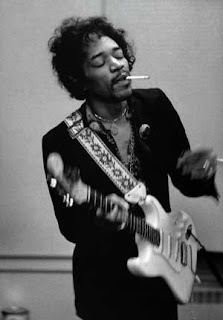 Twelve previously unreleased tracks by legendary guitarist Jimi Hendrix are to be released on a new album next year, entitled 'People, Hell and Angels'. The tracks were recorded in 1968 and 1969, the BBC reported.

It is believed that Hendrix had intended the songs for 'First Days Of The New Rising Sun,' his follow-up to 'Electric Ladyland,' which he was working on when he died.
The album is due to be released in the US on March 5, while a UK release date has yet to be set, the channel reported.
Jimi Hendrix