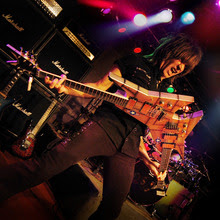 Project Update #3: An additional CD award
Posted by Michael Angelo Batio
I have had several emails suggesting to offer an award featuring just getting the CD. It has just been posted! Plus, I added one of my signature picks along with the CD. These are my autographed, signature picks that I use when I perform the Double-Guitar. Thanks again to everyone that has supported me and my new record! My next update will be specifically on the album. Again, I can't wait for everyone to hear it!

Get your An additional CD award or lots of other cool options, like executive producer!
http://www.kickstarter.com/projects/15580365/michael-angelo-batio-intermezzo-album-project/posts/351916
Michael Angelo Batio