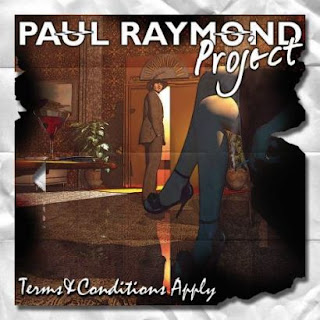 The new album, entitled Terms & Conditions Apply, is set for a worldwide release on January 28th, 2013. It will mark the sixth release by the group and features a guest appearance from Michael Schenker (MSG, UFO, SCORPIONS) on a cover of ‘Reach Out (I’ll Be There)’ and by Reuben Archer (STAMPEDE, WILD HORSES, LIONHEART, LAUTREC) on ‘Love Is Blind'.

Paul Raymond is set to play some select regional solo UK shows to promote Terms & Conditions Apply in the New Year, including a special headline launch show at London’s Borderline venue on Friday, February 1st, before resuming his duties touring with UFO. The shows will feature Stampede vocalist Reuben Archer amongst other special guests and will showcase the new material as well as UFO classics. Regional dates are yet TBA.