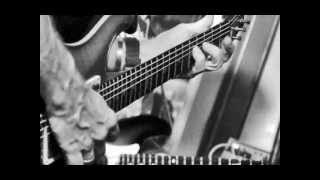 Pat's vocals a bit low in the mix, but a fine take here of his new song 'Belfast Boy', a tribute to Gary Moore. Pat McManus and band returned to Café D'n Bes in Schijndel, The Netherlands, on Saturday, November 10th, 2012, and performed to a familiar, appreciative local audience, plus some folk who travelled to catch the event. Check out Pat's new DVD, 'Live in Ireland', available now! 'Rough Diamond' is from the 2009 album, '2PM'.

Extract from the Pat McManus website:
Patrick Frances McManus was one of 6 children born into an incredibly talented musical family in Derrylin, Co.Fermangh, N.Ireland. Pat's father, John, and his mother Valerie were highly accomplished Traditional Irish music players, so it wasn't long before Pat and his two brothers, John and Tommy, were picking up all the instruments lying around the house and learning to play. By the age of 7, Pat had already performed on live T.V. and by 14 he was All-Ireland Fiddle Champion. Aged 20, Pat somehow stumbled across a band called Horslips. As Horslips were a Celtic rock band, the 3 brothers could relate to their music and quickly became big fans and later attended so many gigs that they formed a friendship with the guys in the band. The brothers soon swapped their Fiddles, Uilleann Pipes and Bodhrans for electric instruments and formed their first band called - Pulse, with Pat on Guitar, John on Bass & Vocals and Tommy (who was only 12 at the time) on drums. During an interview with Radio Luxembourg , Dj -- Tony Prince, who remarked how young they all were, jokingly called them Mamas Boys - the boys changed their name. It was just meant to be an 'of the cuff' remark but the name stuck and soon the 3 brothers were officially known as Mamas Boys.

In 2009 the toured extensively throughout Europe, returning to well established venues and many new ones. This included several festivals such as 'The Harley Davidson Festival' in ST.Tropez, 'Rock The Wolves' in Switzerland, 'The Guitar Festival' in Corsica, 'ST.Julian Guitar Festival' in Geneva and 'Raismes Fest' in France. At the 'Raismes Fest' a live DVD was filmed, which was released in March 2010. The band also collaborated with guests Andy Powell of Wishbone Ash' and Bernie Marsden formerly of 'Whitesnake' and 'Alaska'. Although continually touring the band recorded a second studio CD, which was launched in Paris and Dublin in September 2009. Titled '2pm' the CD showcases 14 new tracks written by Pat and all the reviews have been positive and complimentary.