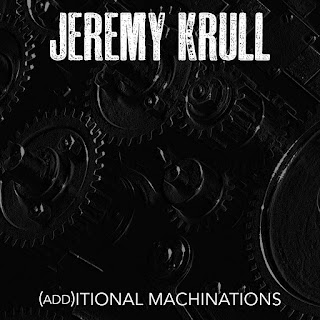 about
After what seems like forever, finally I've been able to release (add)itional Machinations, which is the addendum/leftovers/outtakes from (de)Tested and also an entirely new piece of music as well.

Three of the pieces here were originally penned during the (de)Tested sessions back in 2013 or so, with the final track being written later in 2016 and finished in 2018.

In keeping with the continuity of (de)Tested, I have gone through reasonably great pains to aesthetically and sonically match that record as closely as possible. Think of it like continuity between films. To me it sounds dated, but it also sounds like the moment in time that the (de)Tested full length occupies which is what was intended.

This was something put on the back burner for many years and I finally decided to finish it up and put it out as more of a closing of the chapter started by both the events leading to and the subsequent creation of (de)Tested.

It's important to me that it gets released into the wild, if you dig it that's also good too.
credits
released March 27, 2020

Composed, Arranged, Performed, Produced, Engineered, Edited, Mixed, and Mastered by Jeremy Krull between 2013 and early 2020 at Scourge Of The West in North Hollywood, CA

Lyrics for "Liberation Of Self" by Jeremy Krull

Lyrics for "The Alignment" by Brian Larkin and Jeremy Krull

Vocals on "Liberation Of Self" and "The Alignment" performed by Brian Larkin and captured by Jeremy Krull at the Doom Room in Westchester County, NY

Additional Vocals on "Liberation Of Self" performed by Charles Elliott and captured by Jeremy Krull at Tastemaker Audio in Los Angeles, CA