I called this song Final Dance cause it has some dance feel to me, pretty subjective, yeah. :DThis time I wanted to keep it as musical as possible, get a main theme, develop it, keep progression not too complicated etc. It has lot of that “Balkan” vibe once again, specially the trills part in main theme. Now, groove isn’t that much Balkanish, it’s actually simple 6/8 all the way but I tried to get compensation by expression, note choices and trills of course, what can you say….I’m a Balkan boy. :D About solo it this song, first part of it is played with tapping and I tried to “emulate” the sound of domestic flute which has been used a lot in this region, specially in rural parts of Balkan, like old villages and such. Not sure if I’ve had a success with that. it’s up to you to decide. ;) Anyhow, enough talking, I hope you’ll like this song and good luck to all other participants!! Cheers :) 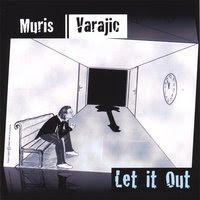 Muris Varajic - Let it out buy
1 Mojo Oro
2 Blue Note in A
3 Bumps On You
4 Where We All Belong
5 Gas At Once
6 Drunk Funk
7 SRV Or What?
8 An Old Modern Time
9 Put a Smile On Your Face
10 The Water
11 A Story From Eastern Europe
guitar idol Muris Varajic