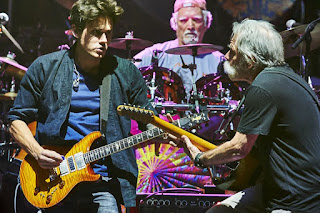 ‘Watch What Happens Live’ is the only live show on Late Night and features the hottest names in pop culture and entertainment. Hosted by Andy Cohen, an Emmy Award-winning host, producer and author, the Mayer/Weir WWHL episode will air on June 28 at 11 p.m. ET on Bravo.