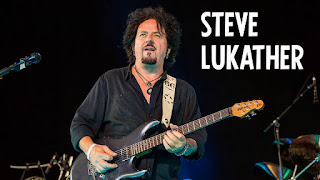 Luke opens up about getting sober and the most difficult thing he’s had to do… stories galore about playing with Paul McCartney, David Gilmour, Carlos Santana, Roger Waters, Miles Davis, Quincy Jones, Michael Jackson walking around with Bubbles the Chimp… turning down Miles Davis when asked to join his band, his top 3 musical experiences (NOT what you might think), how he came up with specific parts in the studio - and what happens when people can’t do this… a brief history of LA session players, the difference in his thinking now and before getting sober, and tons of interesting stuff. This man is a warrior, and this is a MUST listen: