Adam Nitti has been establishing himself as both a bass-wielding frontman and recording artist for well over a decade. Having also performed and recorded with a diverse collection of artists, including the Dave Weckl Band, Steven Curtis Chapman, Mike Stern, Peter Erskine, Phil Keaggy, Susan Tedeschi, Scott Henderson, Wayne Krantz, Casting Crowns, Chris Tomlin, and Heather Headley, he has likewise earned his reputation as a distinguished studio bassist and sideman based out of Nashville, TN. A passion to inspire excellence in musicianship led Adam into co-founding www.MusicDojo.com, the first-ever interactive online music school. Adam is a tireless educator and touring clinician and is also a regular columnist for both Bass Player Magazine and Bass Musician Magazine. He has been featured in hundreds of music publications around the world and continues to bring unique voice and perspective to the bass playing community. Liminal is his 2009 album, and features, among others, guitars Marco Sfogli, Shane Theriot, Phil Keaggy and Steve Cunningham. 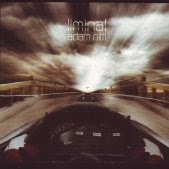