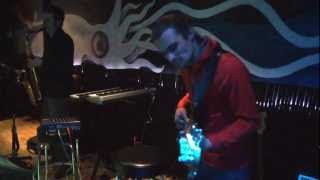 Farko Rustamovich Dosumov was born in the city of Tashkent, Uzbekistan. He started taking lessons on the classical guitar when he was ten, and then switched to the electric bass at fourteen years of age. After winning the green card lottery in 1999, at nineteen, he moved to New York City to pursue a future career in music. Farko later attended Cornish College of the Arts, located in Seattle, Washington, and specialized in jazz bass. Since then, he has played with many talented artists and groups such as Double Impact with his twin brother Feodor Dosumov, Michael Shrieve's Spellbinder, Istvan & Farko, Flowmotion, Pura Fe, Jazzukha and most recently his own group Farko Collective.
http://www.facebook.com/farkocollective

For booking availability and upcoming performances please view my calendar(copy and paste it into your browser):