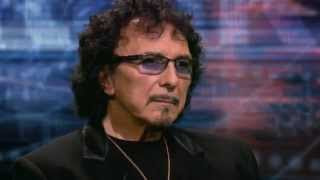 'The true father of metal'; 'the king of the heavy riff' - these are just some of the accolades lauded on Tony Iommi and his band, Black Sabbath, topping the charts again after 43 years.

Black Sabbath are better known for the antics of on/off lead singer Ozzy Osbourne than the skills of its guitarist. But Iommi is the one original member of the band to have stayed the course. This despite missing finger tips that can make playing painful, a rock and roll lifestyle lived to the full, and now cancer. Still recording and touring around his treatment, what keeps him playing?