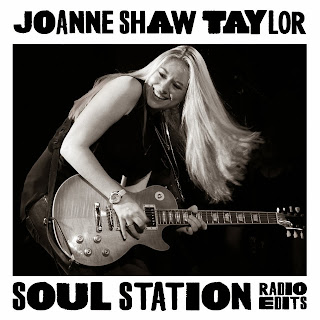 "Soul Station" (live) - the new single taken from Joanne Shaw Taylor's forthcoming album Songs From The Road. Click on this link to listen to it on Soundcloud - http://snd.sc/1b4Jofe

"Soul Station" is the first single to be taken from Joanne's forthcoming live album "Songs From The Road" - released as a 2-disc CD/DVD on November 4 by Ruf Records. It is a double A-side with the studio version, taken from Joanne's album "Almost Always Never". Recorded at a sold-out London Borderline on May 12, 2013, "Songs From The Road" is Joanne's first-ever live album. The blues guitarist returns to the UK to play her biggest headline show to date, at London Shepherd's Bush Empire on November 28. Other dates include Birmingham Town Hall (Nov 29), Holmfirth Picturedrome (Nov 30) and Sage Gateshead (Dec 1). Tickets available from: bit.ly/uyPae1 / 0844 478 0898. More info: bit.ly/19z0EIM.