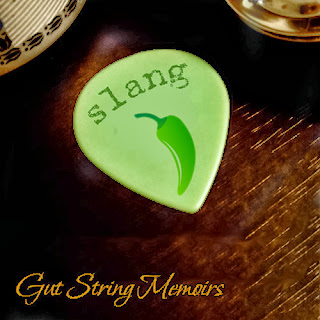 The album features uptempo Cajun/Salsa with "Bangka to Station 3", Romantic soft Jazz/Flamenco with "Be One", Progressive Flamenco Fusion with "Echoes of Tabon", a quirky melodic trip with "Jalapeño Jam" and more.

The album will take you from tapping your toes, partying at your beach bbq, mellowing out in front of the fireplace, relaxing during yoga, to escaping into a world of mystery.

The first single releases on Friday, September 27, with "Wat Lok Molee" a mysterious track with ancient world vibes. Along with the song comes a video that Slang filmed, directed and edited in "The Land of the Smile", featuring exotic traditional Thai dancing and costumes (with Thai dancer Prim Tukta) on the canvas of spectacular views of Chiang Mai, Thailands second oldest temple "Wat Lok Molee" and several other historical views of Thailand.