November 25, 2013
Adrian Galysh‏@adriangalysh
Where can YOU get this bad-ass TONE POET shirt, designed by The Rockwood Saloon? http://www.rockethub.com/35387 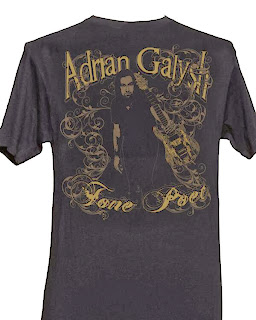 Help promote TONE POET by Adrian Galysh and get stuff!!

I have started this Rocket Hub campaign to help raise funds that will pay for advertising, promotion, PR, and some uber-cool looking Tone Poet T-Shirts. The year ahead will be filled with live performances, music conventions, and a media blitz that will include album reviews, interviews, and ads on both the internet and traditional print media.

Please have a listen to the Tone Poet Preview video, to hear how fantastic the new album sounds, and to get an idea of the quality I will pursue in promoting this exciting project. I appreciate your support!

Help promote TONE POET by Adrian Galysh and get stuff!!