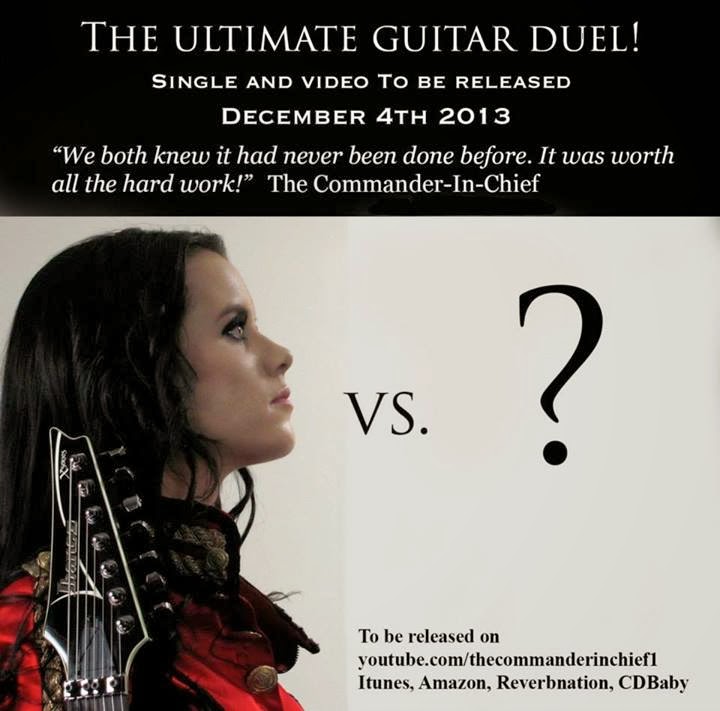 Norwegian 7 string guitarist/singer/songwriter "The Commander-In-Chief" is about to release the result of her first cooperation with another guitarist. The two guitarists have done something that has never been done before, and for that reason the preparations and recording has been surrounded by mystery and secrecy. The Chief says this about the process:

"I am used to playing very technical, heavy riffs and fast solos for hours every day, but this is the toughest guitar challenge I have ever faced. We met on Skype every other week for months, to keep track of each other`s progress, and we were pushing each other very hard. At some point, both of us had to take two weeks off from playing, since we both got injuries from practicing the song."

This is a cover song, re-rearranged for guitars only. The single will be available from all major Digital download stores and as a signed CD single (limited number). The single and performance video will be released on December 4th 2013.