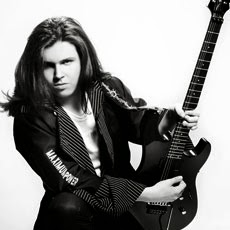 16 year old Bosnian guitarist Dino Mangafic, has become an Yamaha artist for electric guitar. He has been playing guitar since he was 12 years old, and with hard and persistent practice he has become one of the best guitarist of the Balkans. He is currently working on his first solo instrumental album, which will be out in early 2014. 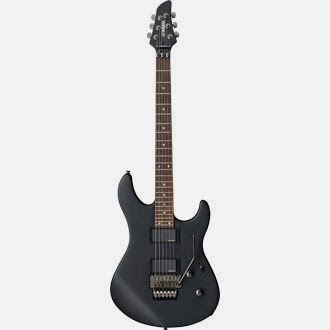 Bio
Started playing the guitar when he was twelve years old, and his interest for music is not accidental because he comes from a well-known musical family. With persistent practice he manages to master techniques of world famous guitarists, and starts to develop his own style. Formed his first rock band, Maximum Power with an average age of thirteen, and became a media attraction of Southeast Europe. When he was fifteen years old, he already started to work in a musical studio, so at sixteen he became the youngest registered composer and arranger in the agency for copyright protection AMUS in Bosnia and Herzegovina. He was always an excellent student, an example to others. His life motto is order, work and discipline. With his own guitar instrumentals he wants to show what he knows and what he can do.