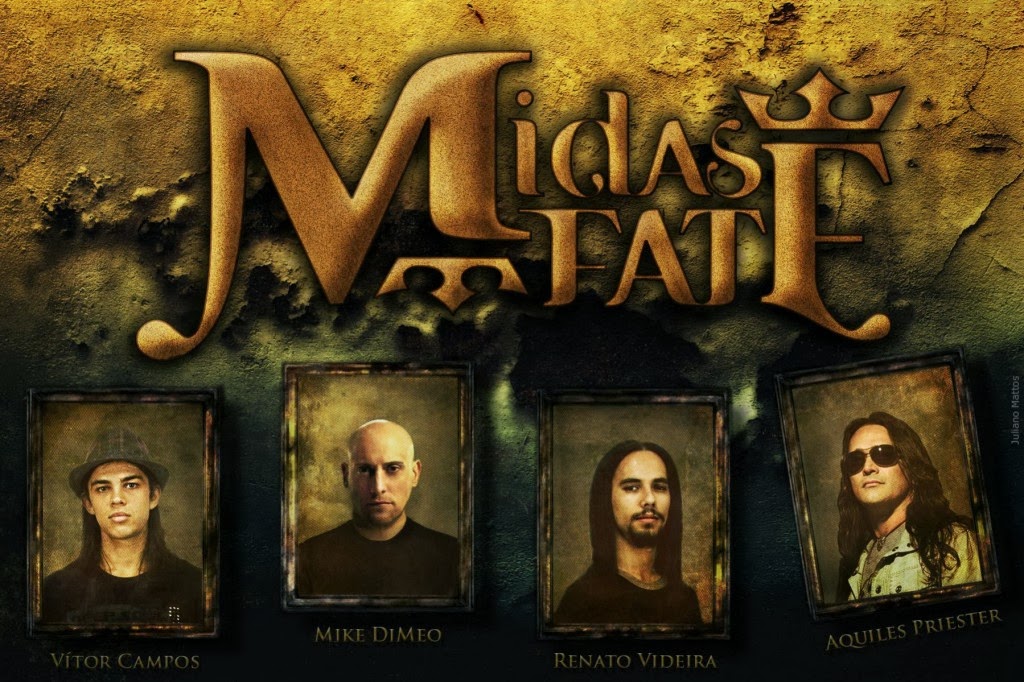 Midas Fate is a progressive metal/virtuoso band, founded by the guitar player Vitor Campos in 2009. The band has released one single entitled "What Dreams May Come" in 2011 with Mike DiMeo, former singer of the bands Riot and Masterplan through CodiShift Records. In 2013 they announced their new drummer, Aquiles Priester[6][7][2][8] (Vinnie Moore, Tony MacAlpine, Hangar, ex-Angra). A full-length album, called "Magnificent Rebel" is set to be released by the end of 2013.

The announcement of the new drummer followed the release of the music video of the song "Stillborn Reason" taken from the DVD - Aquiles Priester's 100 TOP DRUM FILLS (2013). This music video features an exclusive instrumental version of the song, to be released in the "Magnificent Rebel" album with vocals.

About The Interview
Midas Fate was interviewed by the peruvian site El cuartel del metal. Mike DiMeo, Aquiles Priester, Renato Videira and Vitor Campos talked about the upcoming album, the challenge of the recordings, the joining of Aquiles Priester and also how is for Mike DiMeo and Aquiles Priester work together again since their tour with Vinnie Moore. El cuartel del Metal: How is for Mike and Aquiles to be working together again? Aquiles Priester: Since we first met on Vinnie Moore's tour in 2011, I got along with Mike immediately. Everything is easier now with Internet, and even though we are working together in Midas Fate, haven't got the chance to meet in person and talk about our work in this band, but we can see through the songs what everyone has been doing and that it is all in favour of the music and the band Midas Fate. 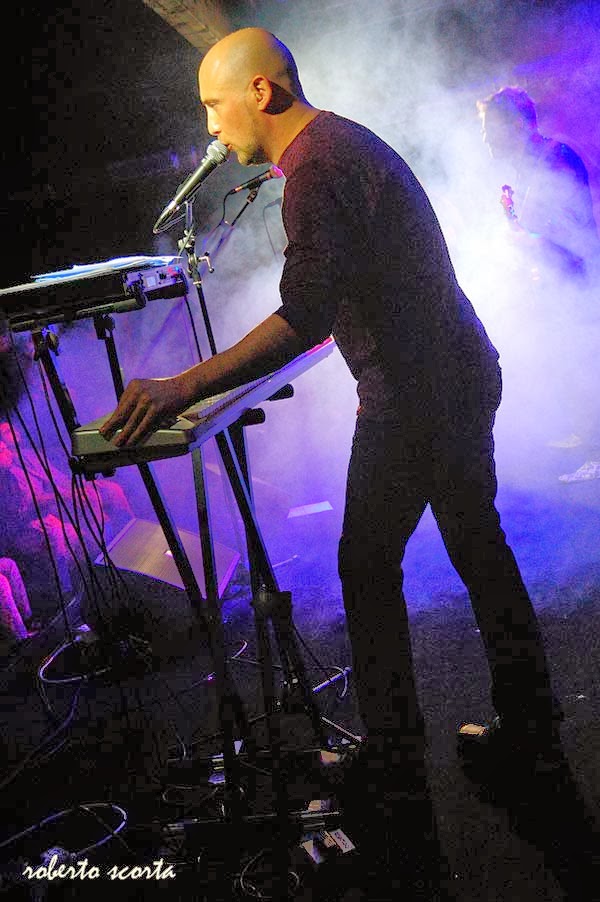 Mike DiMeo: It is great working with Aquiles again.... we had a great time touring in the past... I look forward to it again.

El cuartel del Metal: What do you can comment on their first full length album "Magnificent Rebel"? Is it a concept album?


Vitor Campos: It's not a concept album but we do have some links between some songs. The main theme in the album is, for sure, religion. We make serious critics about the religious fanaticism, faith and superstitions in general. This theme appears in songs such as: Liars In The Name Of Faith, Stillborn Reason and The Man Who Murdered God.

Mike DiMeo: The album is amazing , I love every song... it's hard to tell which I prefer. "Silent Scream" is one of my favorites. I still listen to all the songs, even the first one I did "History repeats itself". 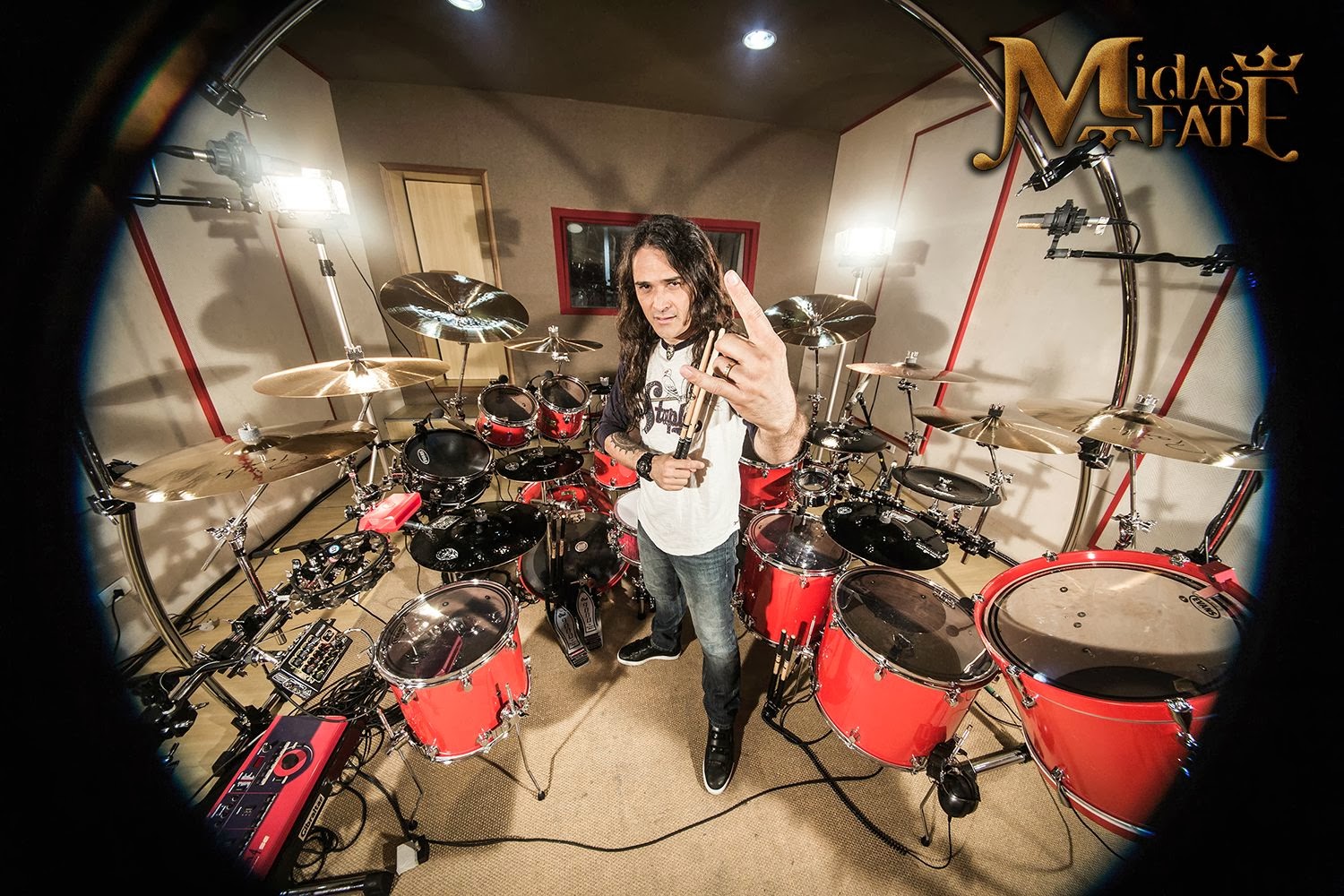 Aquiles Priester: I’m actually a bit scared with the result so far, because there are some stuff that can be scary in terms of arrangements and composition, and now I’m preparing myself to record the second part of the tracks and there’s some very difficult stuff to arrange and record. But I’m very excited, it is a way for me to go the extra mile as a musician. The song Stillborn Reason was also included in my new DVD Aquiles Priester's 100 Top Drum Fills, released worldwide by Mel Bay Publishing.


El cuartel del Metal: How was contact with Aquiles Priester?

Vitor Campos: When the old drummer left we had to find us another one for the upcoming tour. Mike told me to invite Aquiles, since they had worked together with Vinnie Moore and they got along very well. I got in touch with him and he enjoyed the music and the challenge, so the line-up was complete again.

El cuartel del Metal: Why is it taking so long time to record? Since the album was scheduled for the second semester of 2012.

Vitor Campos: We had some problems with the line-up. We had the album done in august 2012 but then we had a big line-up change so we decided to record everything again with Aquiles, so this album was recorded twice. But now is for sure, It will be released in the first semester of 2014.

Aquiles Priester: Ever since I received Midas Fate’s material, I realized it would be something completely different from everything I've’ve had done in my musical career so far, and it would be a big challenge for me to work on the arrangements and memorizing them to play it all in a good take. I spent a long time listening to the tracks in the first moment, just trying to memorize them, but I realized that I could only do it by playing the songs themselves, and that’s what I did... I spent hours and hours learning part by part to put it all together later. It was a big personal challenge and