"The Way of the Exploding Guitar" Mr.Fastfinger's debut CD is finally mixed now. It feels like this mixing took forever to finish. The recordings were finished early in the end of November. After that the songs have been under mixing and editing. For some songs it was more than tough to find the final form. Yes, plenty of tweaking back and forth. But I feel I've made it now. The mastering is ahead within a couple of weeks. Now there's plenty of work on the covers and all that publishing and producing stuff before it's out and available. 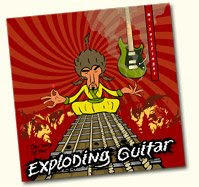 Now being in the thrall of the Fastfingered one, I have been lucky enough to hear a sample of the album and I can say it's one of the tastiest slices of hot guitar action since... er... the last tastiest slice of guitar action! Once I have more details, I'll make sure they are posted as this is definitely a CD that will be on your "Must Buy" list... even you naughty young whipper-snappers who illegally download mp3... (you know who you are...) 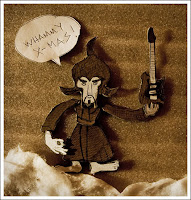