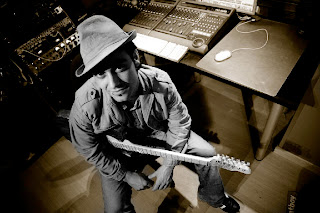 Born in Santander (Spain) in 1983, Javier started his musical studies at the age of eight with Juan Jose Saenz and Paulino Garcia. He studied his Bachelor of Arts on Classical Music Performance at the Royal Conservatory of Music of Madrid with José Luis Rodrigo. Javier is currently studying modern music at Berklee College of Music with David Fiuczynski, Mick Goodrick, Tim Miller thanks to the support of AIE (Spanish Performers Association) and Berklee College of Music. 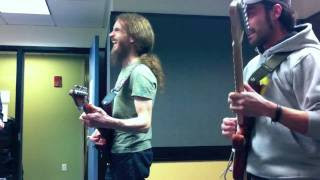 He was fortunate enough to win the Guthrie Govan Contest and had the pleasure to perform with Guthrie Govan and John Finn. (2011)

He has given recitals in different places in Spain and countries such as the United States, France, Italy, Croatia, Austria, Finland and Mexico in chamber groups; as a soloist, with chamber orchestra, and as soloist. He has played in various jazz festivals specially the Heineken festival in Puerto Rico where he shared the stage with Paco de Lucia, Michel Camilo, Jose Heredia, Giovanni Hidalgo, Christian Scott and Abraham Laboriel

Javier G. F. Escudero Band has signed a contract with Jazz Revelation Records to record a track in their upcoming album that will be released in 2012.

Javier has produced a vast number of bands in a wide range of styles in Spain, also at an international level.
He has produced the album “Ferdinand Rebay” Oboe and Guitar Music for the International Label NAXOS.


The styles in which Javier has worked as a producer vary fom classical music, film scores, flamenco and chamber music to more modern such as Rock, Pop, Jazz and electronic music.