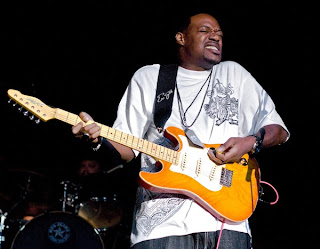 Richard Hallebeek
The 2nd guest I’d like to introduce for the upcoming Richard Hallebeek Project II is ERIC GALES! The Memphis born and raised blues rocker plays a burning solo on the '70's inspired grooving outro of the title track 'Pain In The Jazz'.


Having an unorthodox playing style - Gales plays the guitar left handed, upside down - he won his first blues contest at age 11 and released his first album at age 15 together with his brothers as the Gales Brothers. In 1994 Eric performed with Carlos Santana at the ‘Woodstock 94' concert. Eric has recently toured with Laurynn Hill in Europe and The States and plays the Experience Hendrix Tribute tour 2012. I have been following Eric ever since he released his first album and am a big fan of his playing.

I wrote this track a couple of years ago, imagining a powerful Hendrix type player taking a solo for the outro. I am completely thrilled that Eric wanted to play a solo over it and that he mentioned afterwards he got a big kick out of the vintage grooving track.

When I sent this track out to Lalle Larsson, Lalle replied: Man, this guy sounds *real*! Couldn't agree more. Thanks for playing Eric! 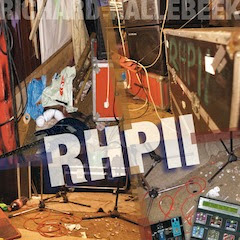 - be the first one get the full new album from Richard Hallebeek - RHPII - minimal a week before it's actual release
- receive two charts from two songs on the album, original actual charts used by the band and the special guests to perform and record the music
- receive a 4 page guitar lesson 'Intervallic Designs' (not published anywhere else to this date) from Rich
- receive a 4 page keyboard theory lesson from Lalle
- your cd will be signed personally (no copies) by all four band members: Lalle, Seb, Frans and Rich
- 10 randomly selected pre-orderers will receive a1/2 hour FREE skype or mail (your choice!) lesson from Rich
- Support the music and buy straight from the artist!