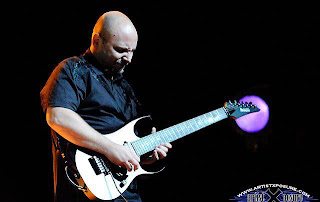 2012 has brought us a superb list of debut artists releasing jam track packages, so we are delighted to add another in the form of the metal machine that is Marco Sfogli. Marco is already a household name in the world of guitar players and has a superb following. His debut album 'There's Hope' was a phenomenal success and since then he has worked on numerous projects including albums with Dream Theater's James LaBrie.
His debut jam track package 'Essential Metal Vol.1' features three backing tracks that were created by another JTC artist, Martin Miller. Marco specifically wanted three styles of tracks to jam over including an 80's style track, an Andy Timmons style track and a John Petrucci style track. So Martin got creating and then Marco let rip over them. And the results speak for themselves. These tracks are immense, and we think that Martin and Marco are a jam track match made in heaven!
As ever, the package comes with the full tracks, backing tracks, extended jam tracks, full length videos and complete TAB and notation in both PDF and Powertab formats and is available to download for just £12.99. 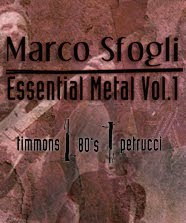