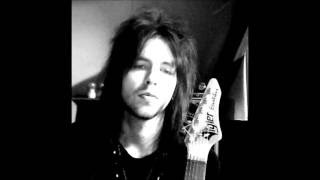 This is my song Psycho wich is the 3rd song on my solo album called Psycho. Marcel Coenen mixed and mastered the whole cd and played a guest solo on it. Another Dutch guitarist called Joost Vergoossen played a guest solo on the album. I played along with a backing track. Originally I wrote this song and Dennis Leeflang (Bumblefoot drummer) recorded the drums for the demo. Keep an eye on my channel, loads of live gigs are on its way and I drop some footage on my channel. In november me and my band will play the support act for Andy Timmons, so stay tuned:)

If somebody wants the backing track for this song, just send me a message!