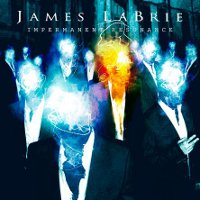 After the much acclaimed "Static Impulse" release in 2010, Dream Theater's Jame LaBrie is back with a powerful new studio album effort entitled "Impermanent Resonance", to be released on July 29th, 2013 in Europe and August 6th, 2013 in North America via InsideOutMusic.

"Impermanent Resonance" was once again conceived together with LaBrie's songwriting partner for over a dozen years now, Matt Guillory, who didn't only take the leading role in the composing of the song material, but also handled all of the keyboard recordings as well as background vocals.


The line-up on this diverse and extremely entertaining new album also features Marco Sfogli from Italy on guitar, Ray Riendeau (Halford, Machines of Loving Grace) on bass and Dream Theater audition's finalist Peter Wildoer (Darkane, Majestic, Arch Enemy, etc.) from Sweden on drums, making it the same line-up for the group as on the previous "Static Impulse" release. Furthermore, former Soilwork guitarist Peter Wichers was also added to the fold for songwriting and guitar recording contributions.

"To me this album incorporates and continues with the styles and musical direction that we have created with the previous releases. The difference being that the music on this disc is to me a true telling of the songs evolving and taking on a sense of identity that is every band's ultimate goal. It is powerful, memorable, hook-driven and above all extremely musical. It shows how the writing and the band itself have matured. I truly feel that this is our quintessential album."

Some of the songs included on "Impermanent Resonance", which combines the heaviness of Gothenburg-Sound influenced Progressive Metal with the catchiness of contemporary Rock, are
"Agony", "Back On The Ground", "Undertow", "I Got You" or also "Amnesia".

More details about the upcoming album and first sound samples will be revealed soon...