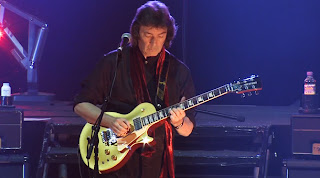 The show was named Event Of The Year at the 2013 Prog Awards. It’s released on October 21.

Hackett says: “I had to deliver the promise – and then some. The whole evening was special, but the best music to my ears is when the audience gives it their seal of approval.”