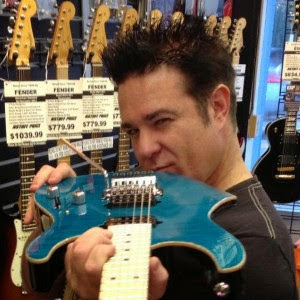 Xander Demos will be interviewed on Sonic Asylum Radio this Wednesday, April 23, 2014.

This Wednesday night, April 23rd, 2014, at 9:30pm ET, metal shredder extraordinaire, Xander Demos will be phoning into the Sonic Asylum radio show, to talk about his upcoming XDB album project, Dancing Through Daggers, his summer and fall touring plans, opening for Primal Fear and Stryper, as well as performing with John Elefante at Rock N’ Skull, and his film debut in the forthcoming Hair I Go Again rockumentary. Xander’s got another new signature model McNaught Guitar, that is about to hit the streets this spring, too. Tune in live at http://www.sonicasylumradio.com/ for host Kevin Kohlhase’s sure-to-be-intriguing and over-the-top conversation with the metal shredmaster, Xander Demos.