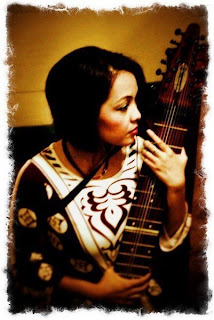 Fuseboxx is a 4-piece Pinoy (Filipino) Progressive band formed in 2001. They received widespread acclaim for their musical-precision and -technical proficiency. This, especially so for their ability to meld and incorporate Filipino sentimentality with the different musical elements from a vast array of genres (rock, fusion, pop, classical, new age, metal, alternative, etc.) in order to create cohesive and thematic materials—indeed, arranging their music into movements that convey a compelling musical message.

Considered as one of the strongest local live acts, they leave any rock fan, musician or musical critic breathless with their ability to constantly amaze the audience—as much because of their complex arrangements and musical dexterity as the apparent passion each member puts into the creation and performance of their music.

Truly, watching Fuseboxx perform proves to be an unforgettable and visceral experience, proving that musicality and creativity at the level of all known fusion and progressive rock bands in the international music scene (such as Rush, Dream Theater, Yes, Emerson, Lake & Palmer, Genesis, etc) isn’t reserved for bands of the First World alone... With Fuseboxx, the Third World, especially the Philippines, can continue to hold aloft the banners that show what kind of musicians “Filipinos” are made of.