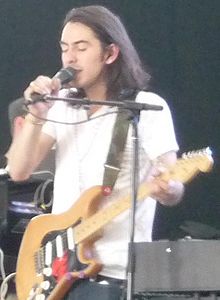 Dhani Harrison's band thenewno2 has just released a first taste from their forthcoming album thefearofmissingout ! Click Facebook page to head over to thenewno2's Facebook page to listen to the new song "Make It Home" and grab a free download of the track.

thefearofmissingout is the band's second full-length release and is due out on July 31st, 2012. The album was produced by pHd, the moniker for band members and Grammy Award winners Dhani Harrison and Paul Hicks, and recorded in both Los Angeles and London. 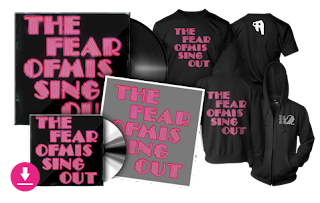 There are only 100 limited edition deluxe bundles and each one includes a 12" x 12" screen printed poster individually numbered and signed by the band! In addition, the first 300 pre-orders of all other formats will receive a signed tour poster.
Dhani Harrison George Harrison